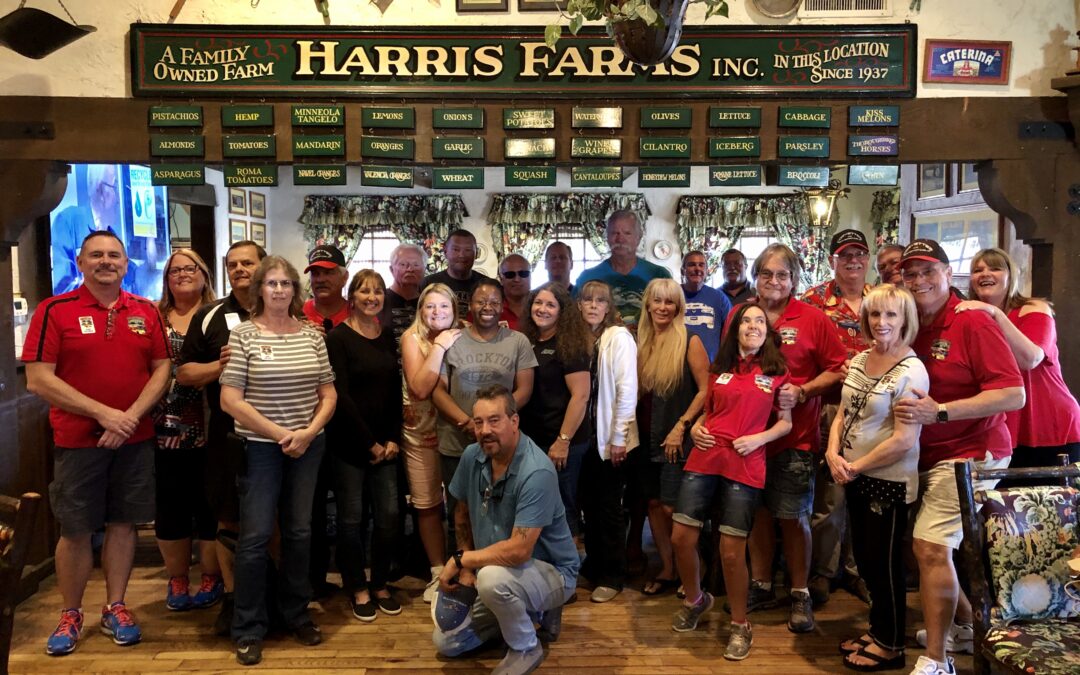 John and Cher did it again! They organized a simple run that turned out to be a great event.

We started off on a very chilly morning at 7:30 and we’re on the road by 8 AM with 14 Corvettes and 2 “tin” cars. We hit all the quiet, farm back roads on the way up to Blackwell’s corner on Highway 33 and 46. These are not very heavily traveled roads, but they were awfully dusty as harvesting was going on in the orchards along the way. After our dusty and curvey drive, we reached Blackwells corners and enjoyed the quirky memorabilia and treats they had to offer. The store is almost a destination in itself as it the last place that the famous actor, James Dean, was seen alive before his crash in Cholame, California. Inside that huge store are bunch of snacks, homemade chocolate candy and sandwiches to enjoy on the long drives. Inside, also, is a tribute to the dustbowl travelers known as Okies that migrated to California as well as James Dean memorabilia.

As we left Blackwell’s Corner, we,headed  down the back roads towards Coalinga, California. Coalinga was originally a Coaling station for the Southern Pacific Railroad Company named Coaling Station A where steam locomotives would stop to load up on coal mined from the foothills up north. While in Coalinga we had our Corvette’s pictures taken in a vintage Richfield service station at the R. C. Baker Automotive Museum. Inside the museum we saw many artifacts, tools and even fossils of life in Coalinga and surrounding areas. What is really neat is that many of the antiques were donated by residents of Coalinga.

After leaving Coalinga, we headed for Harris Ranch, famous for its legendary beef and hospitality. The restaurant offers casual and fine dining and sells fruits, nuts and bakery goods from the Harris Ranch Farms. We had a great time amongst our Corvette family to go with our delicious meal. Congratulations to Matt Collins who won our 50-50 cash raffle. As we broke up to head for home, a few of us made a trip to Tachi Palace Casino in Lemoore, California. Others decided to go to Hanford for some ice cream at Superior Creamery. We had a very eventful and enjoyable day. 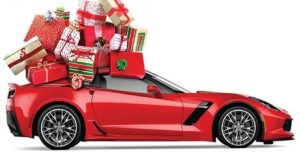 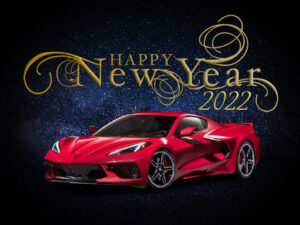 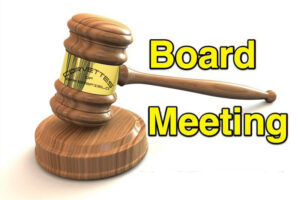 Meet and Greet Day Get to know your fellow Corvette owners and COB members! ALL are encouraged to attend! R.S.V.P.: Call or text Linda McNitt 661-978-9518 to make seating arrangements by 1pm Thursday


Do you really want to delete card?

This process cannot be undone.

Card has been deleted successfully.